We love visiting London, there is so much to do there that we have yet to experience and living just over half an hour away by fast train means it is easily accessible for a day out. The other weekend we were really happy to tick a few things off on our list when we had an exciting family day out in London with 365 tickets, visiting Kidzania and The London Eye.

I’ve made a little video of our day and read on for a Kidzania review.

With some very excited children, even more than usual as it was Kyle’s Birthday, we headed off the catch an early (ish) train which of course was an excitement in itself. Our first stop, not including Starbucks at the train station, was Kidzania after a tube ride across London. 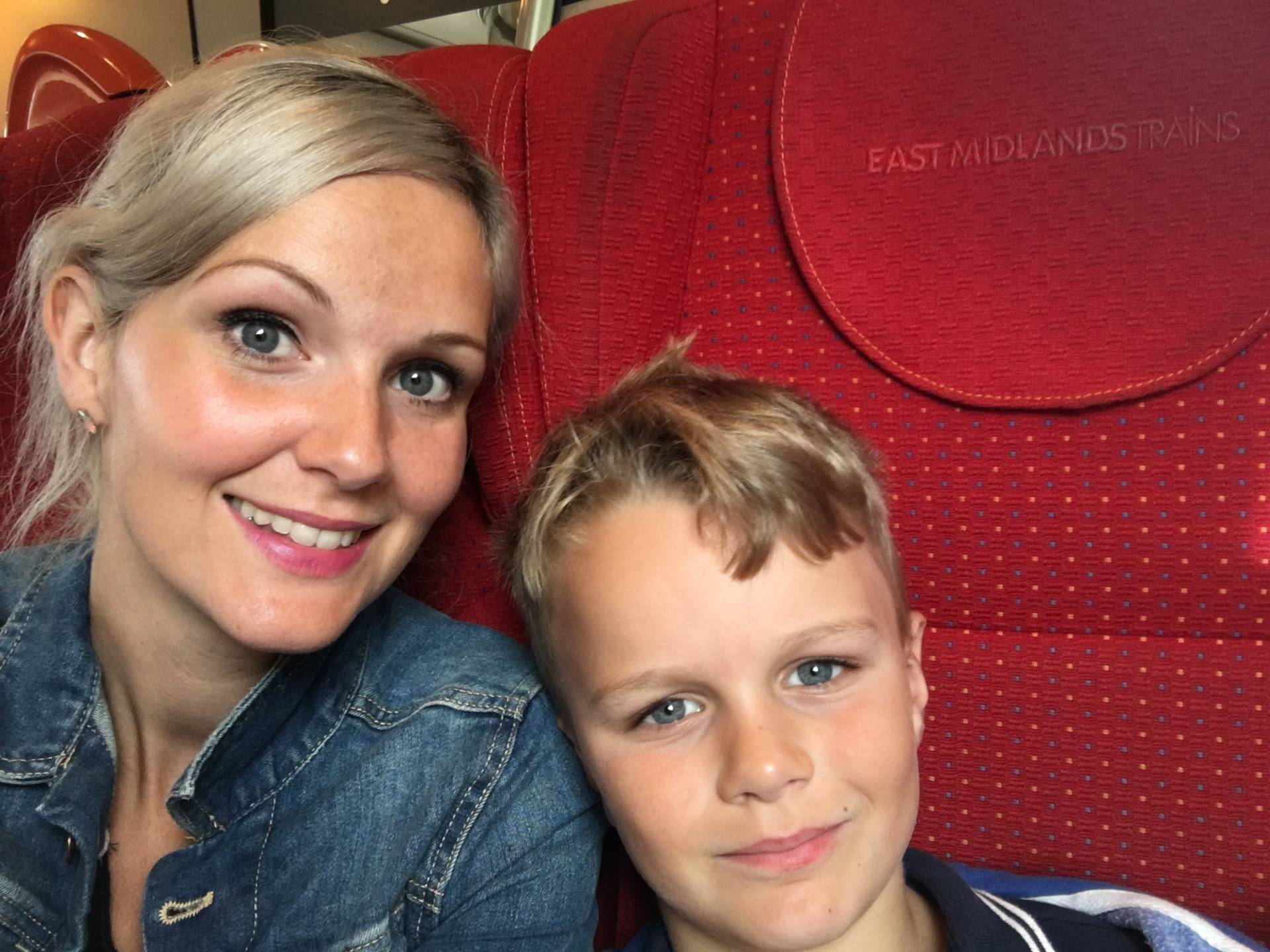 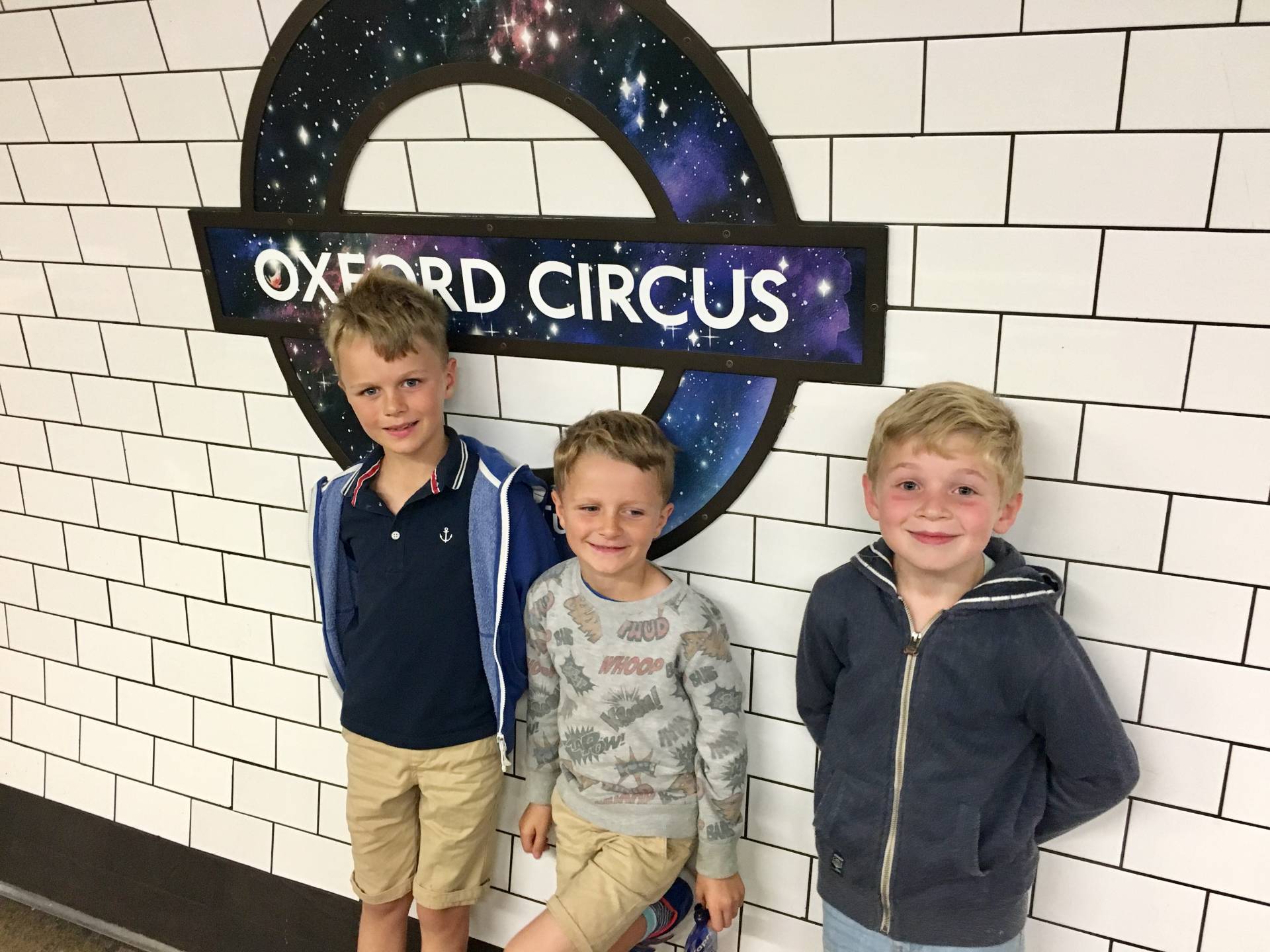 Kidzania is like nothing I’ve ever experienced before. We explained the concept to the boys before we got there, which is basically that you role play jobs to earn Kidzo’s (Kidzania money) which can then be spent on training (some jobs/training/experiences charged money) or save them up for the shop at the end.

You start off with 35 Kidzo’s and we quickly discovered that some jobs paid more than others. The highest paying seemed to be the H&M recycling and fashion show jobs. 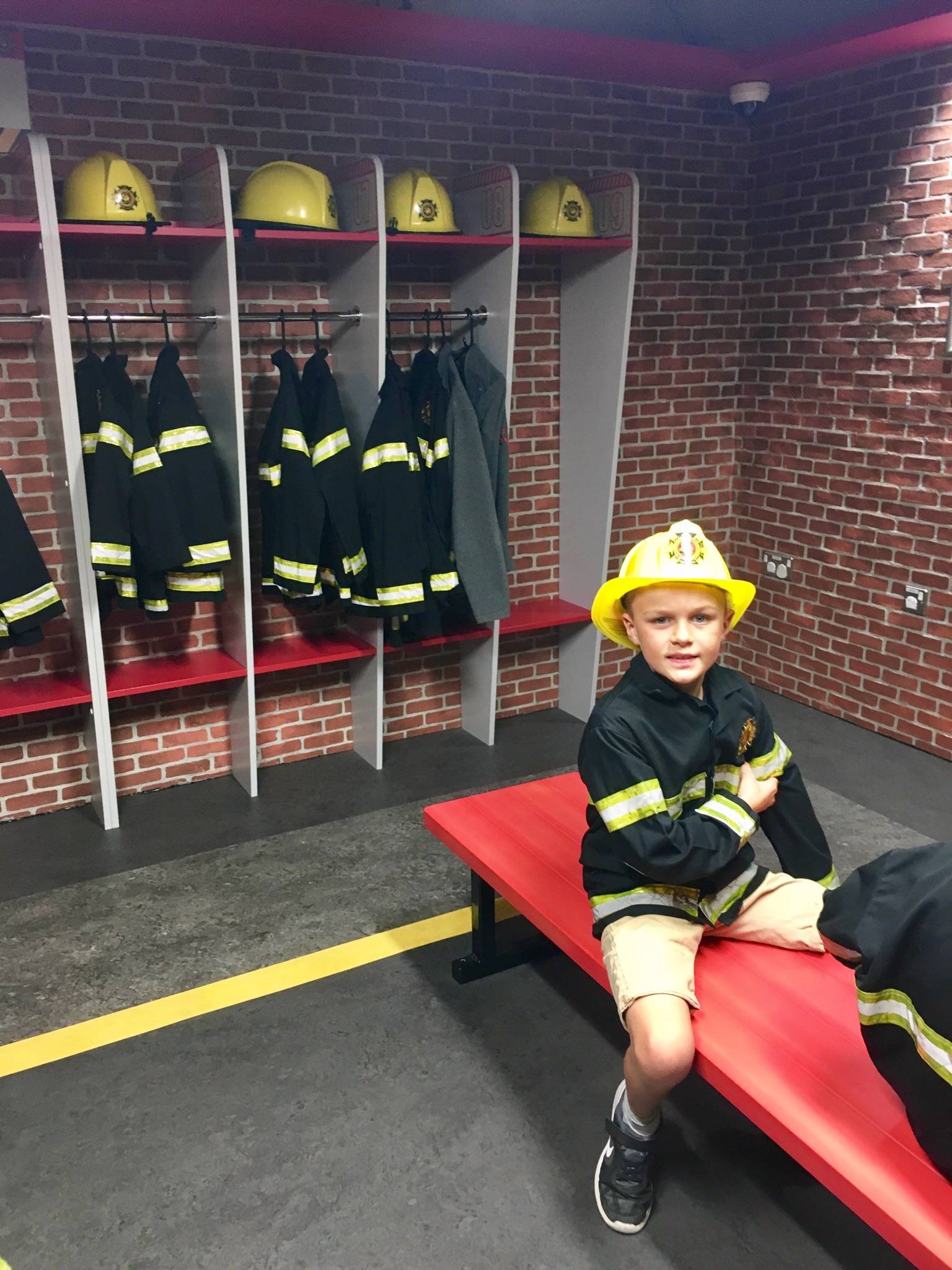 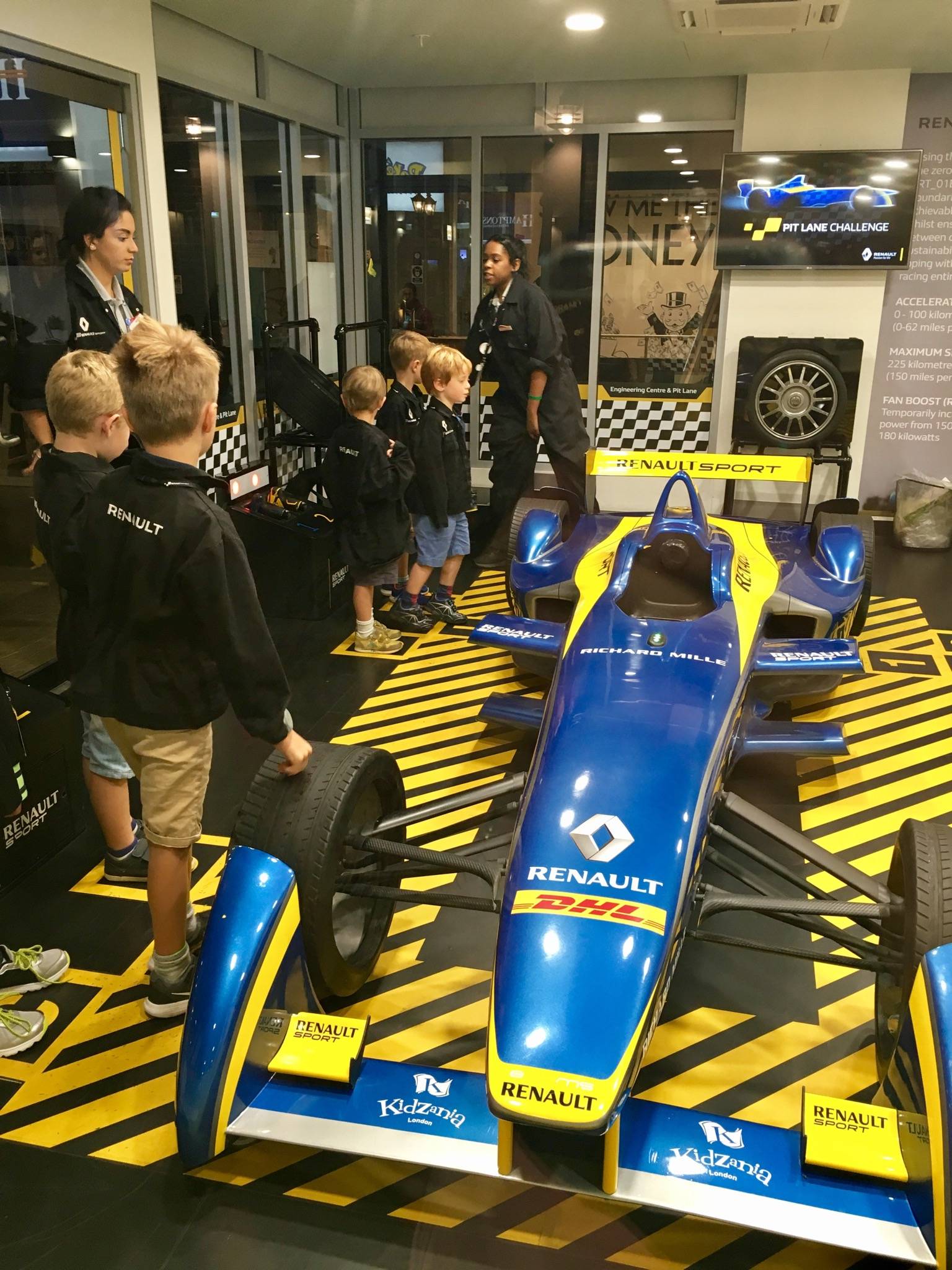 The boys all wanted to save up enough money, 75 Kidzos, to open a bank account where you were given a card with your name on. 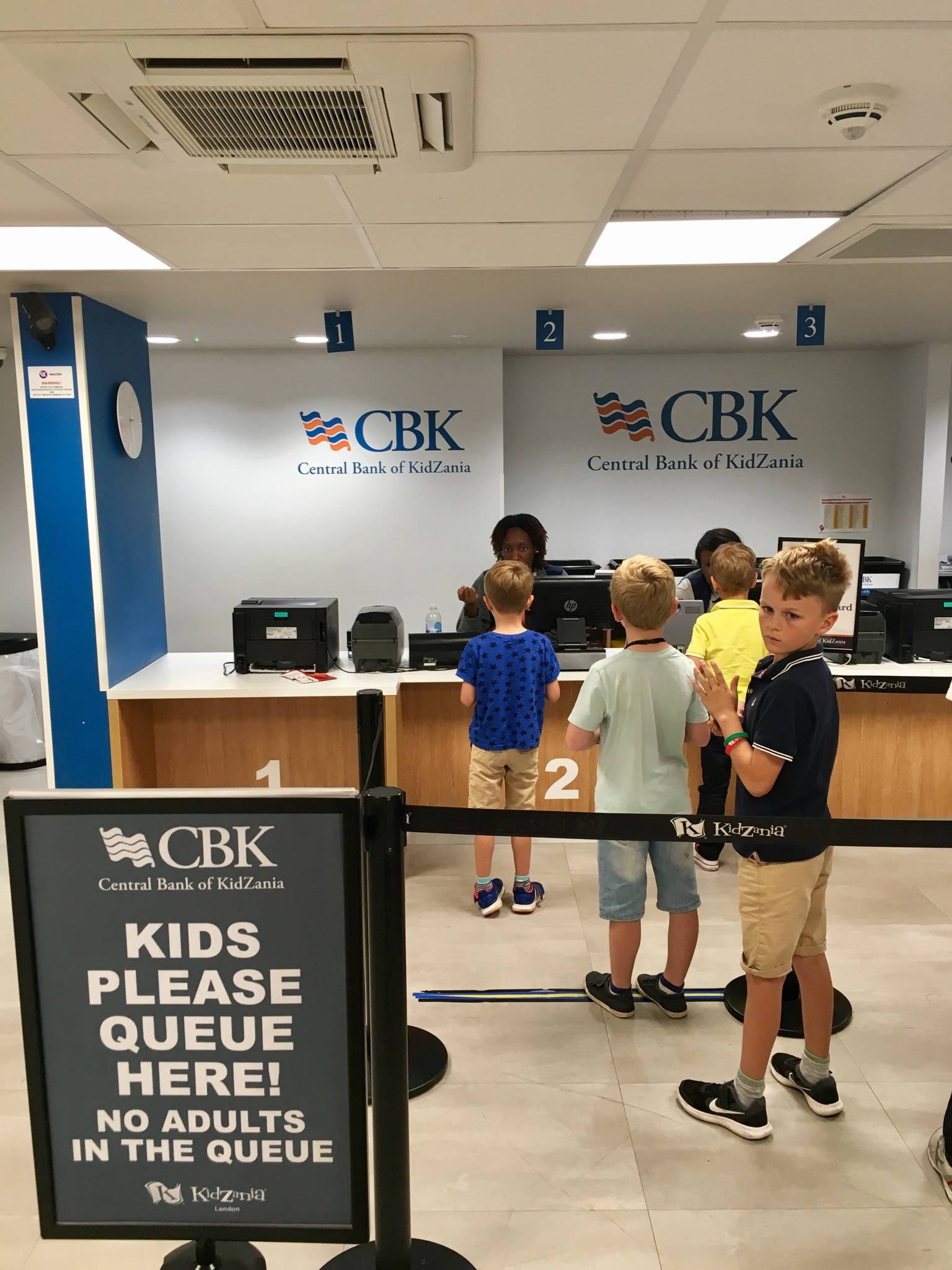 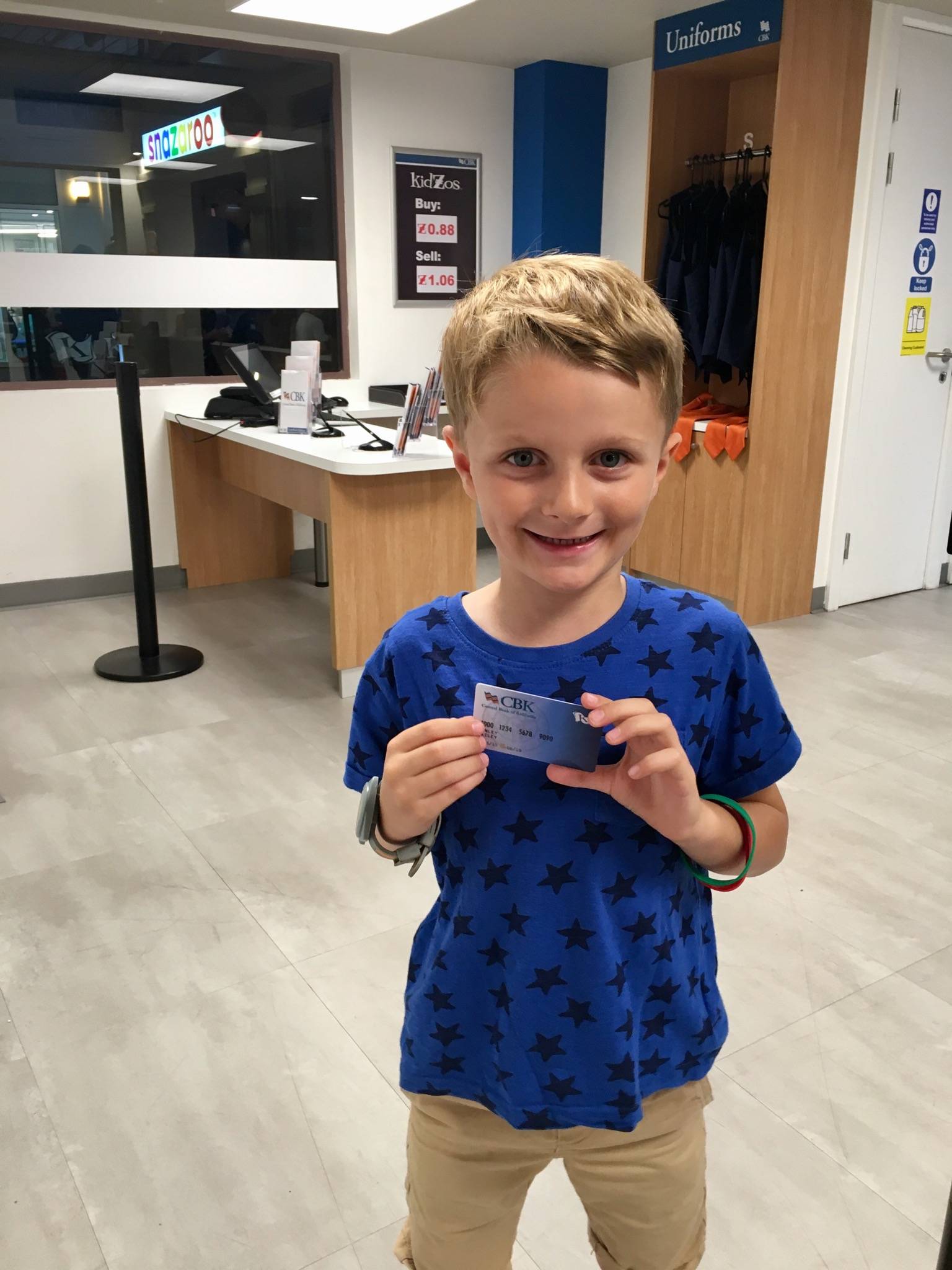 By the time they had this card it was lunchtime and they went off to The Gourmet Burger Kitchen where you could pay 20 Kidzo’s to make your own burger. This was brilliant, as it meant lunch was included for them. James and I had some food from the cafe and we thought it was reasonably priced with the bonus of a refillable drink.

Ava woke up from her nap at this point so we went to explore the RightZKeepers Reisdence which kept her happy for ages in role play heaven. She was a bit young for the bubble science experiment but we were given some of the mixture to blow for her instead which went down well. 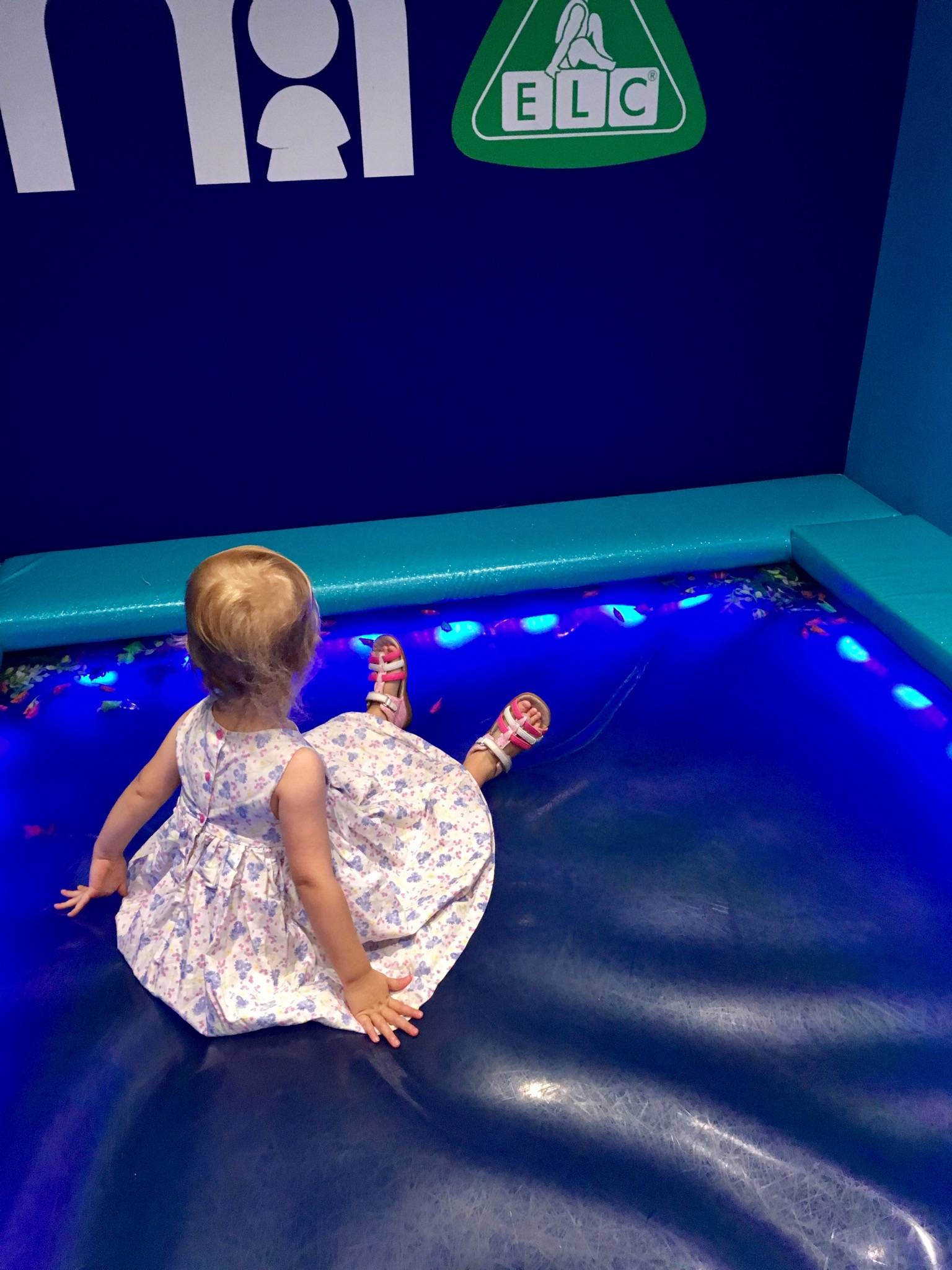 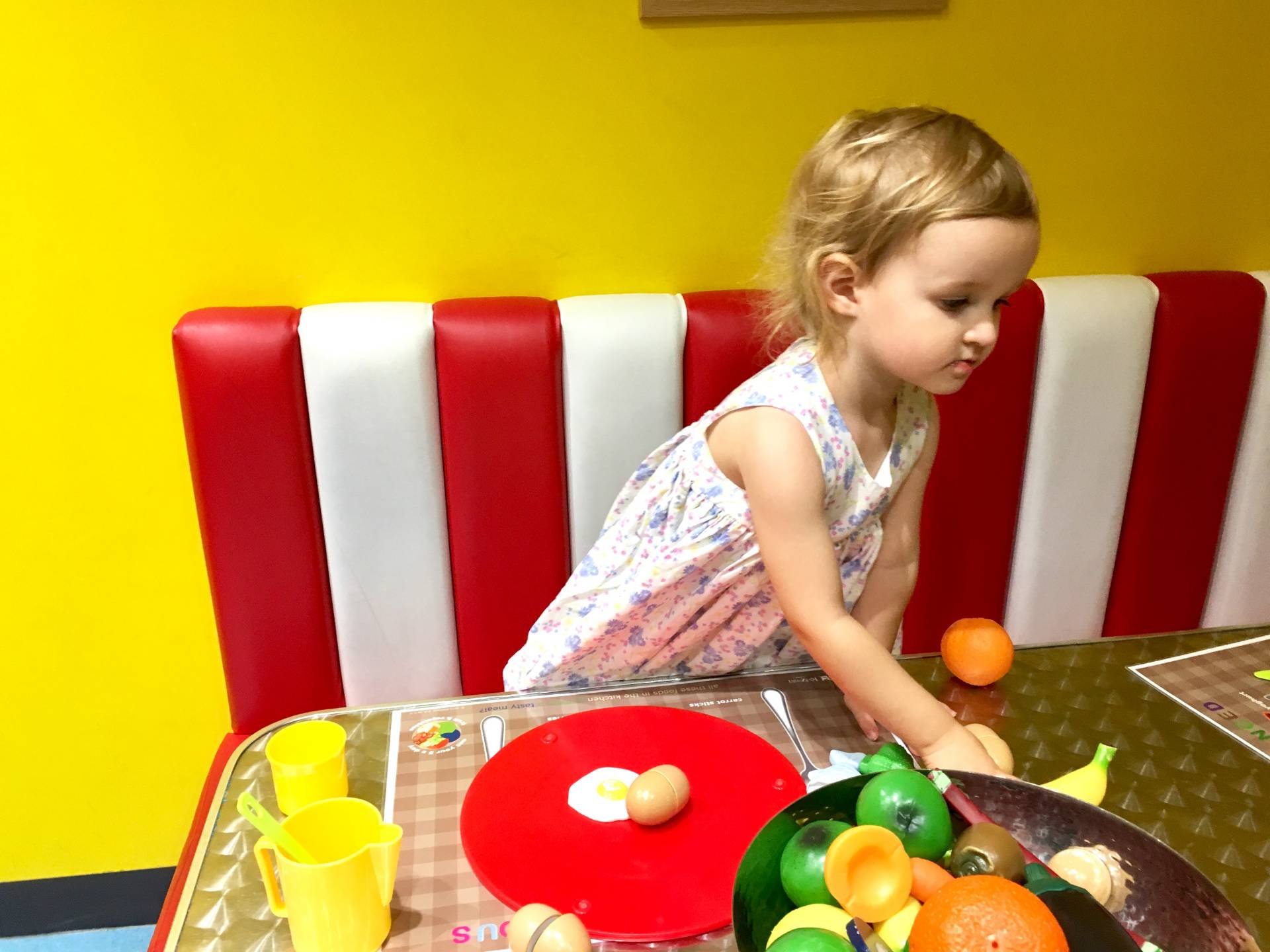 Whilst upstairs the boys made a Mini Milk and fixed the air conditioning, they then all enjoyed the Dance Club with some dancing on the light up dancefloor. 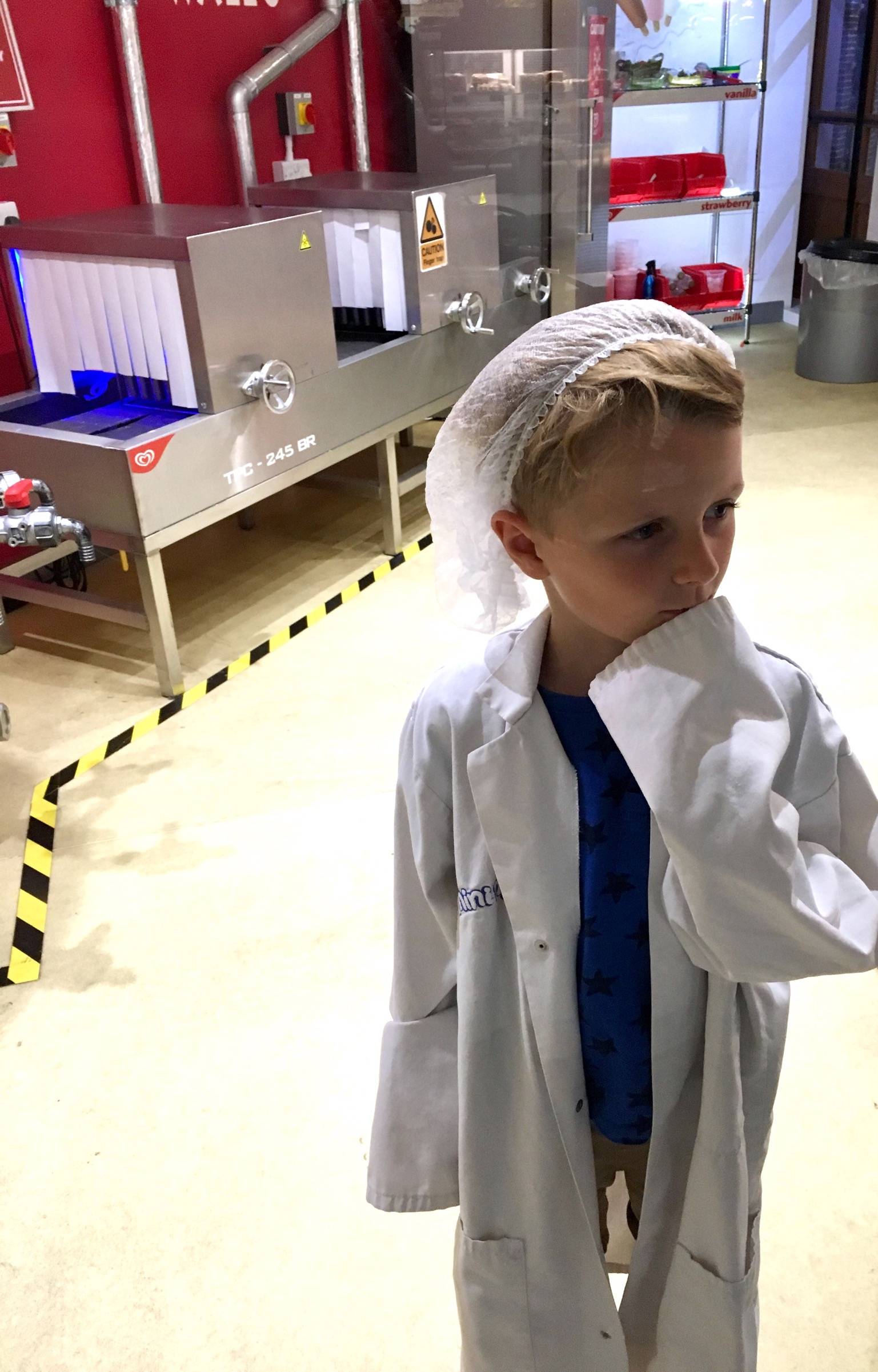 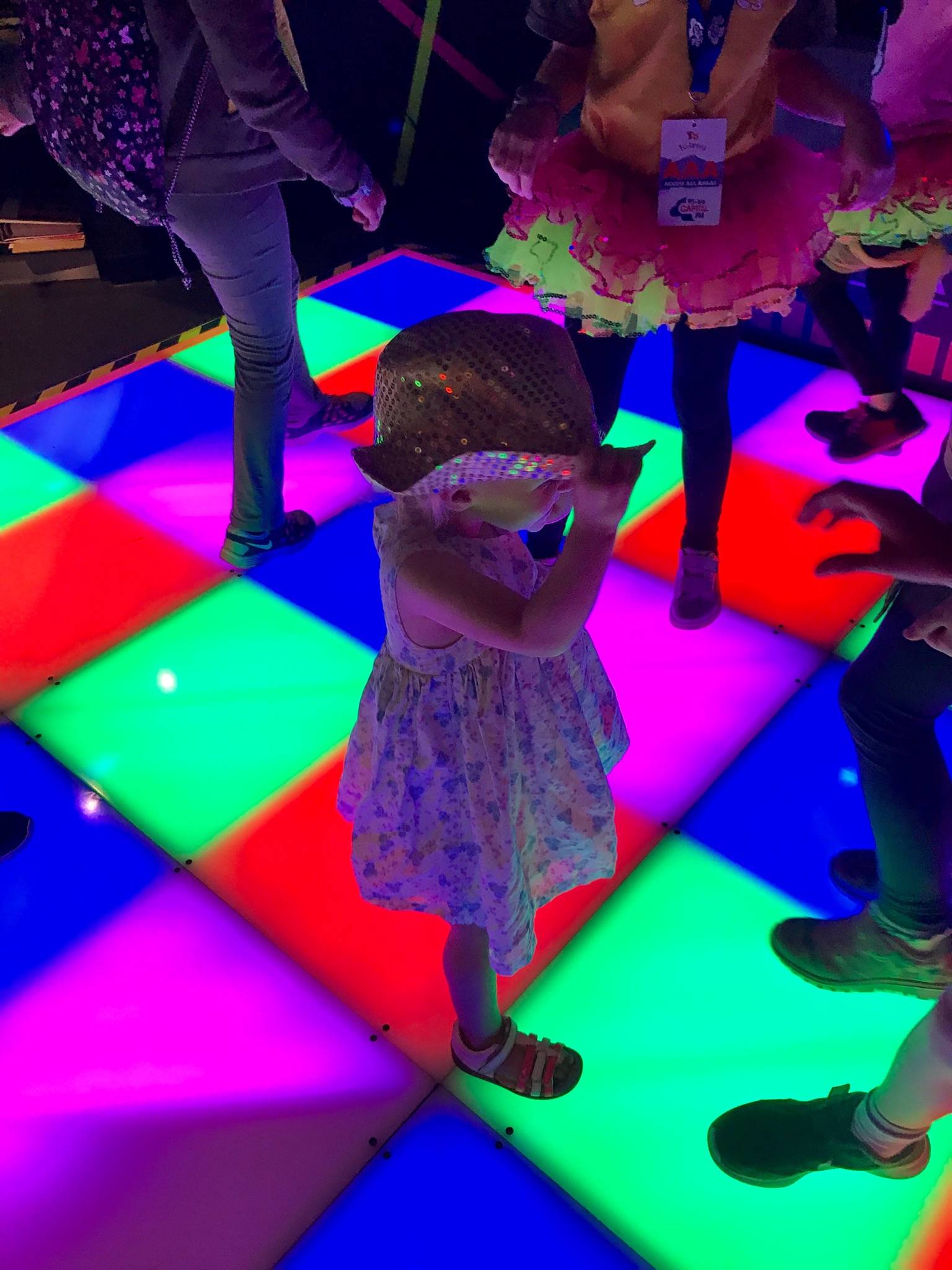 Our time was coming to an end so they all chose one last activity, my favourite the Aviation Academy for Kyle and Ethan whilst Finlay went off to make chocolate with Cadbury and Ava played in the Kindergarten. 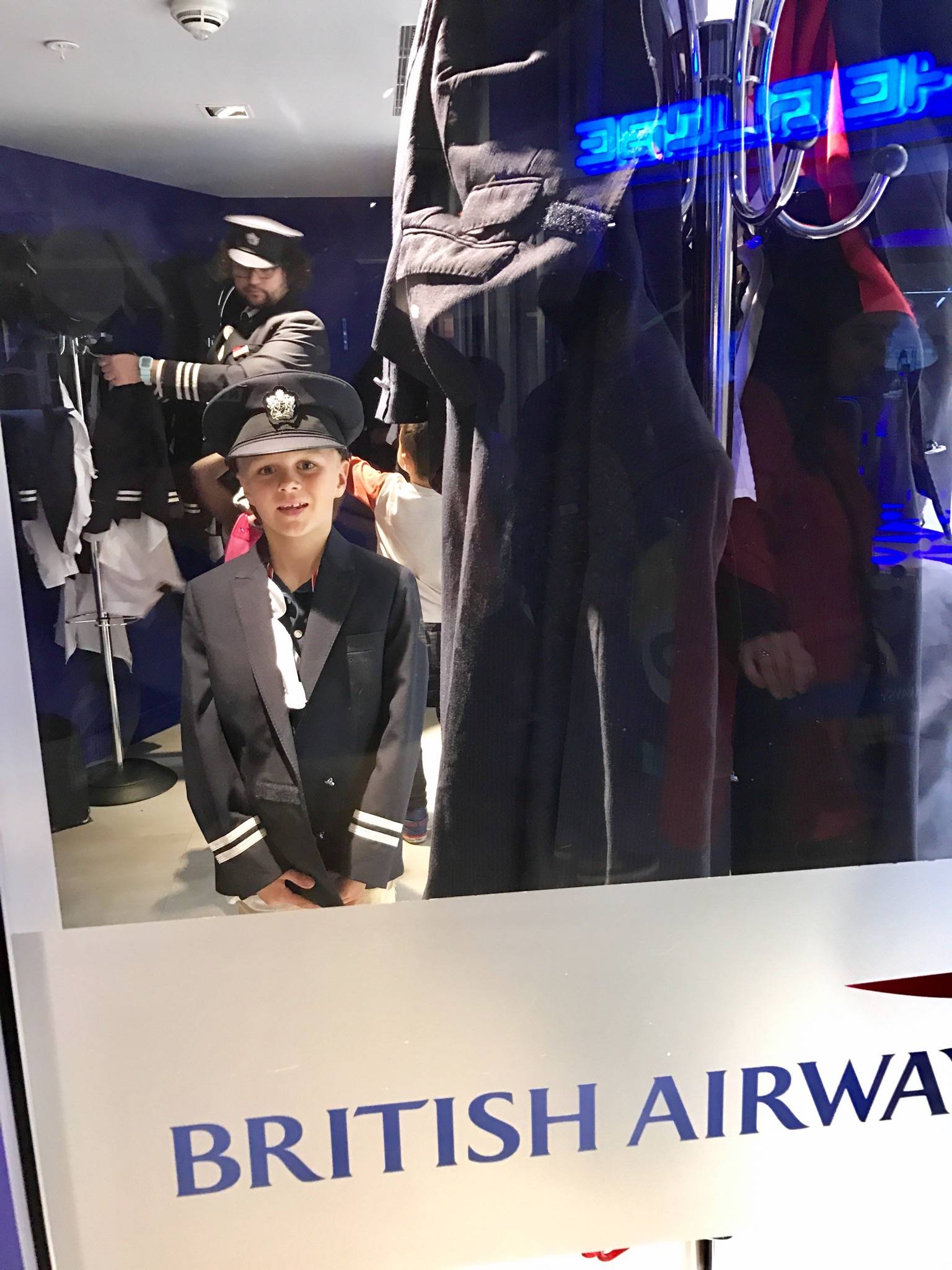 It felt very safe in Kidzania as each child had an electronic tag bracelet where they were checked in and out of an activity. I knew I could leave them in a job and pop back to get them if needed. At the end the boys all went into the shop to spend their Kidzo’s, no parents were allowed in and they struggled a bit to find things priced within the amount of money they had. They ended up putting their money together and getting a pencil, rubber and some moving spiders which they really enjoyed buying on their own. Finlay had a voucher from working at Cadbury’s to collect his chocolate bar on the way out at Customs. He got given a little fun size chocolate bar and I think he was expecting a bigger one as they made larger ones in the role play, so he was a little bit briefly disappointed.

Heading in to central London our next stop was the London Eye. I hadn’t been on there since the Millennium when I went on it with my Mum and Dad and little sister so I was looking forward to being able to take my children on it. Seeing the big queues I was a little worried that we would be waiting for ages, however after collecting our tickets and entering the fast track lane we were on the pod in less than 10 minutes. 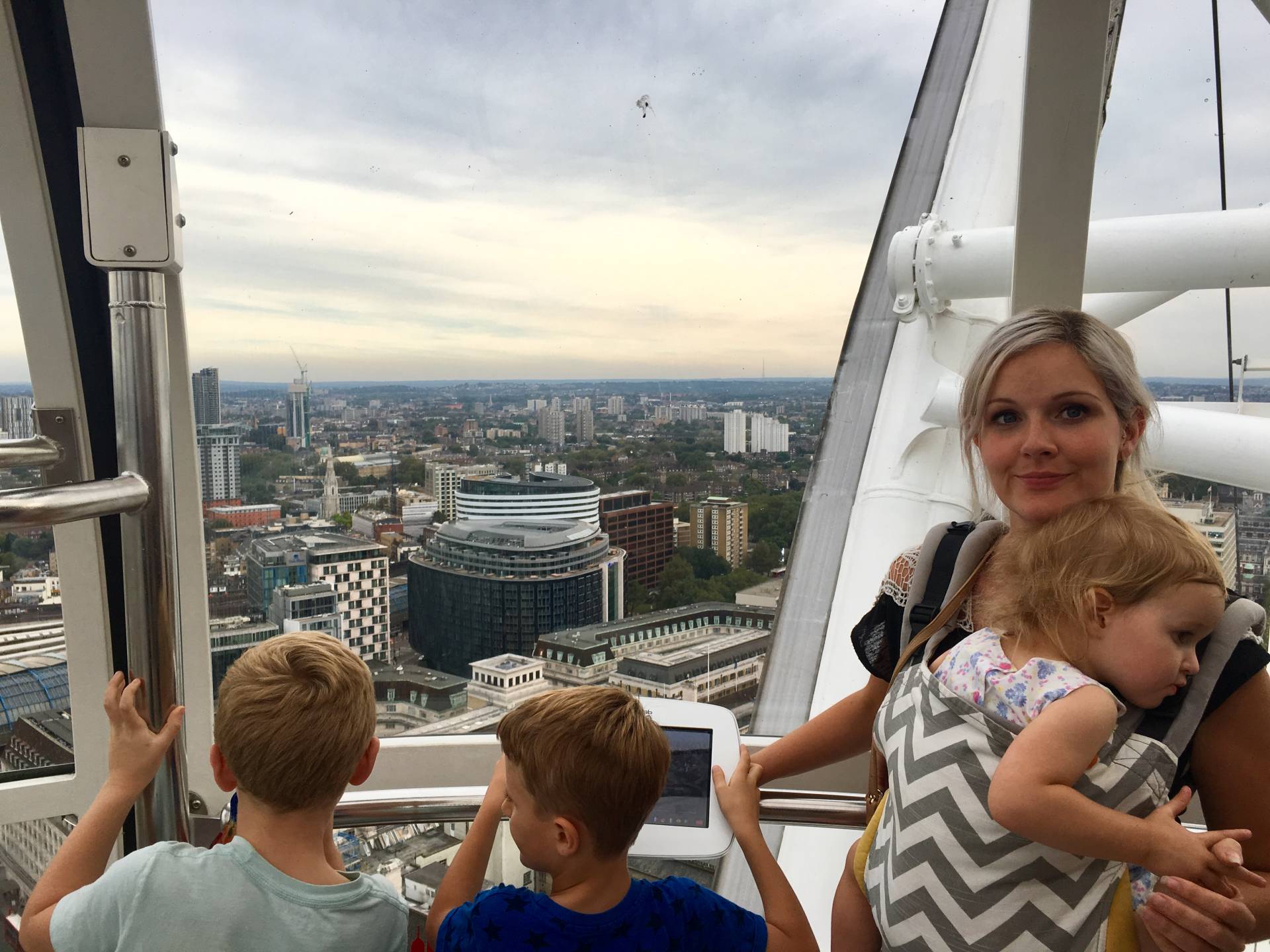 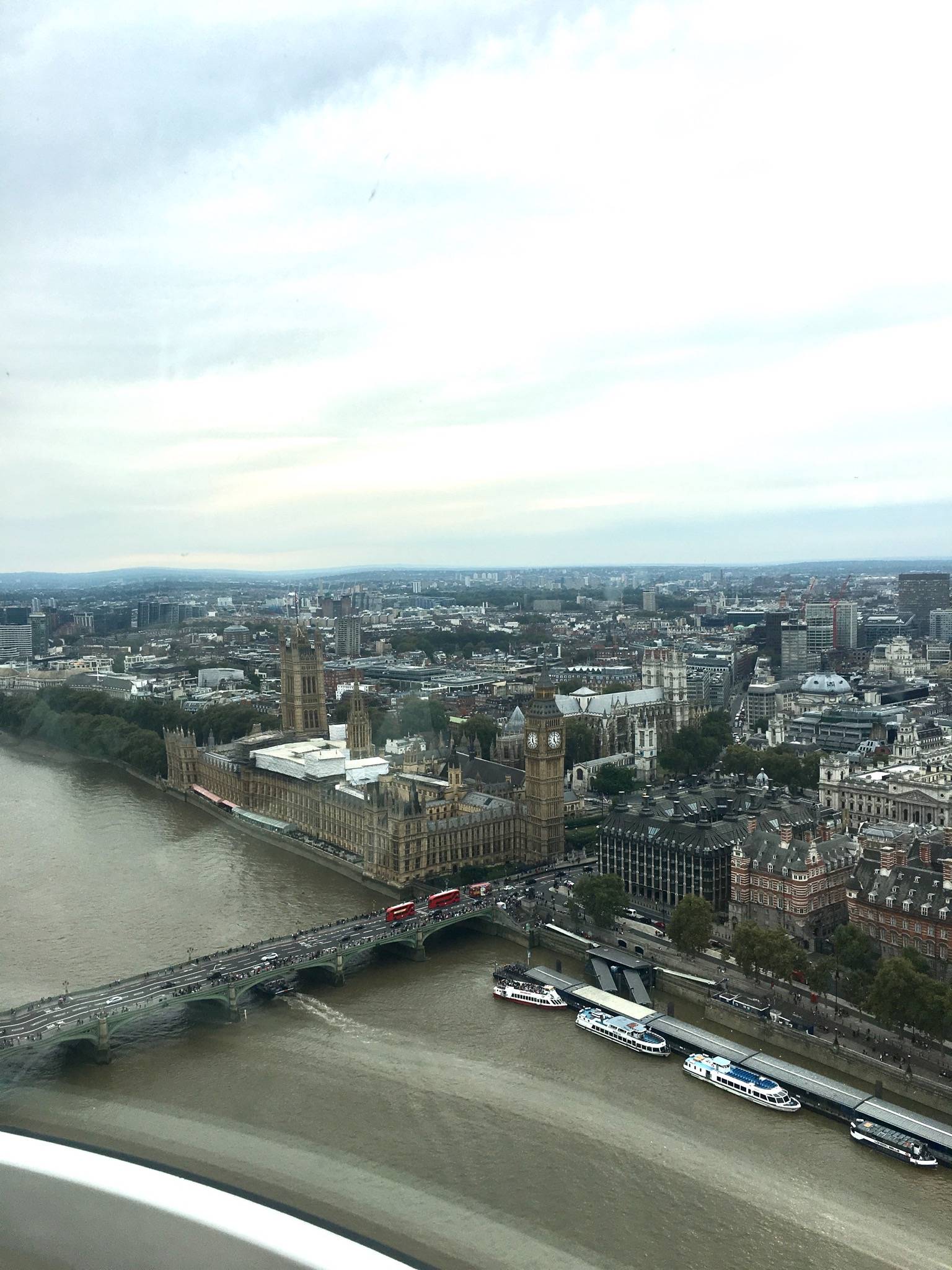 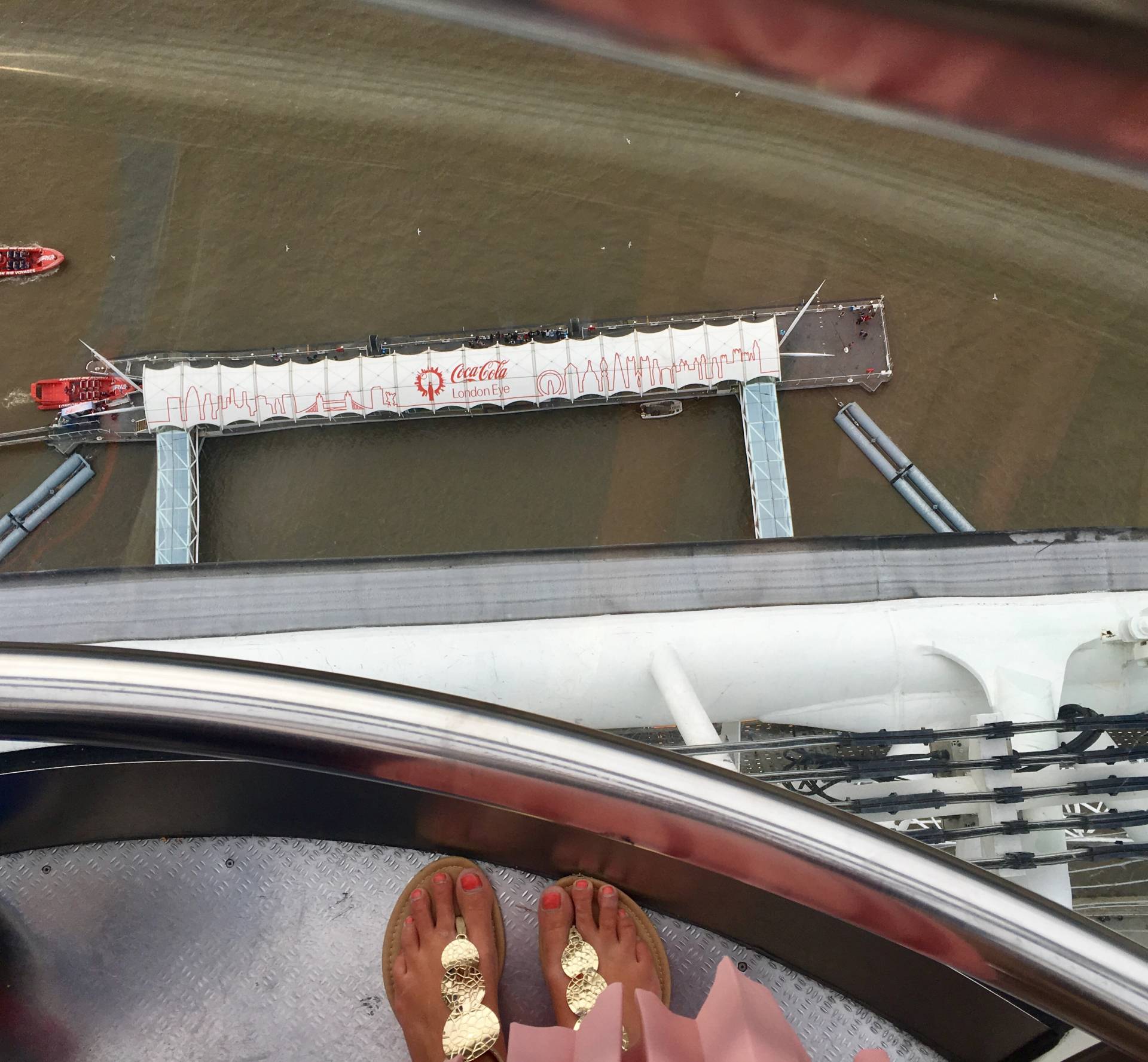 It was lovely being able to point out all the landmarks to the boys and seeing a panoramic view of London. Ava enjoyed it too which was a relief as I wasn’t sure what she would make of it. Going on the London Eye all together was such a treat and one that I was very happy to have been able to do with them all. 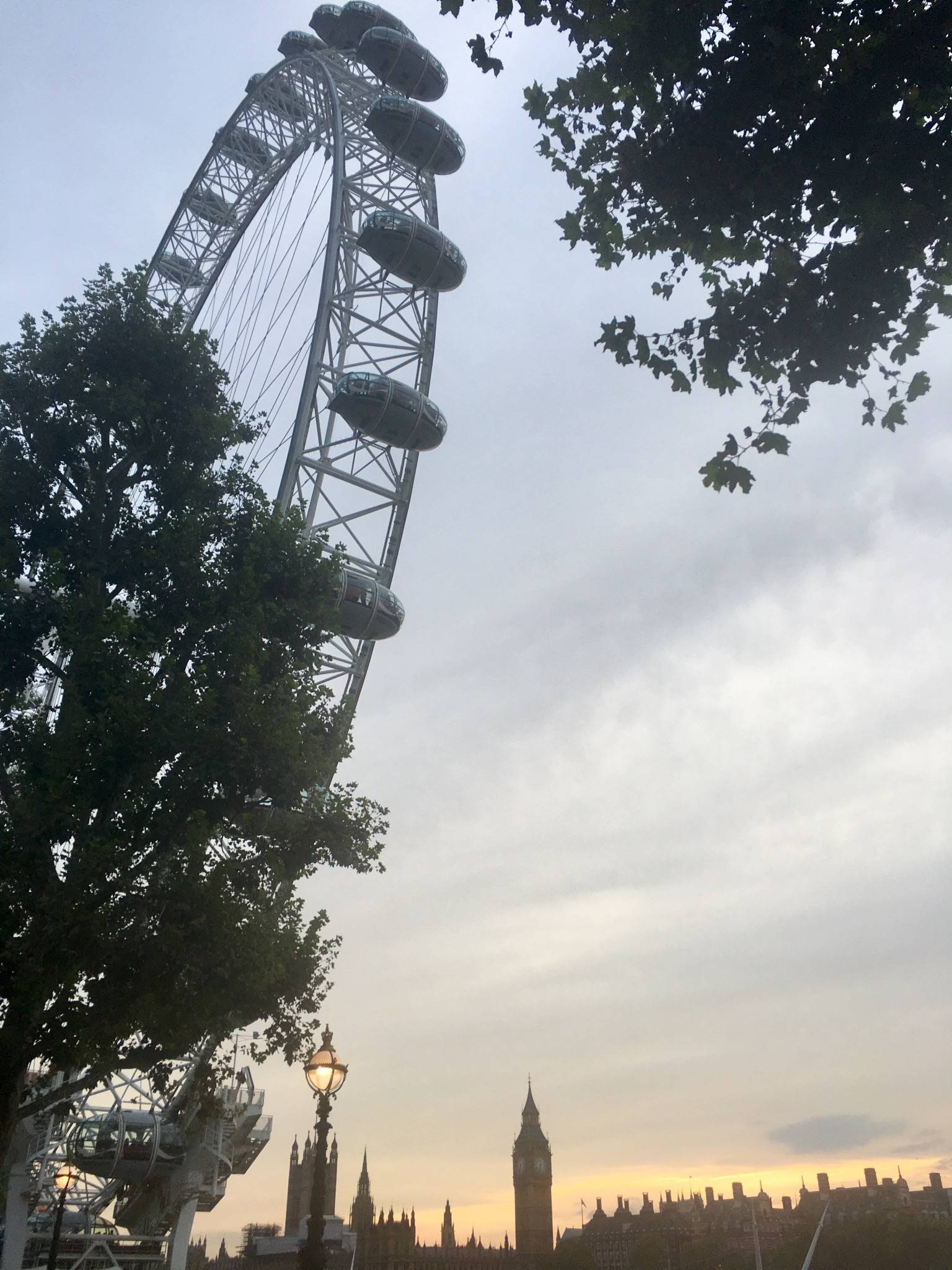 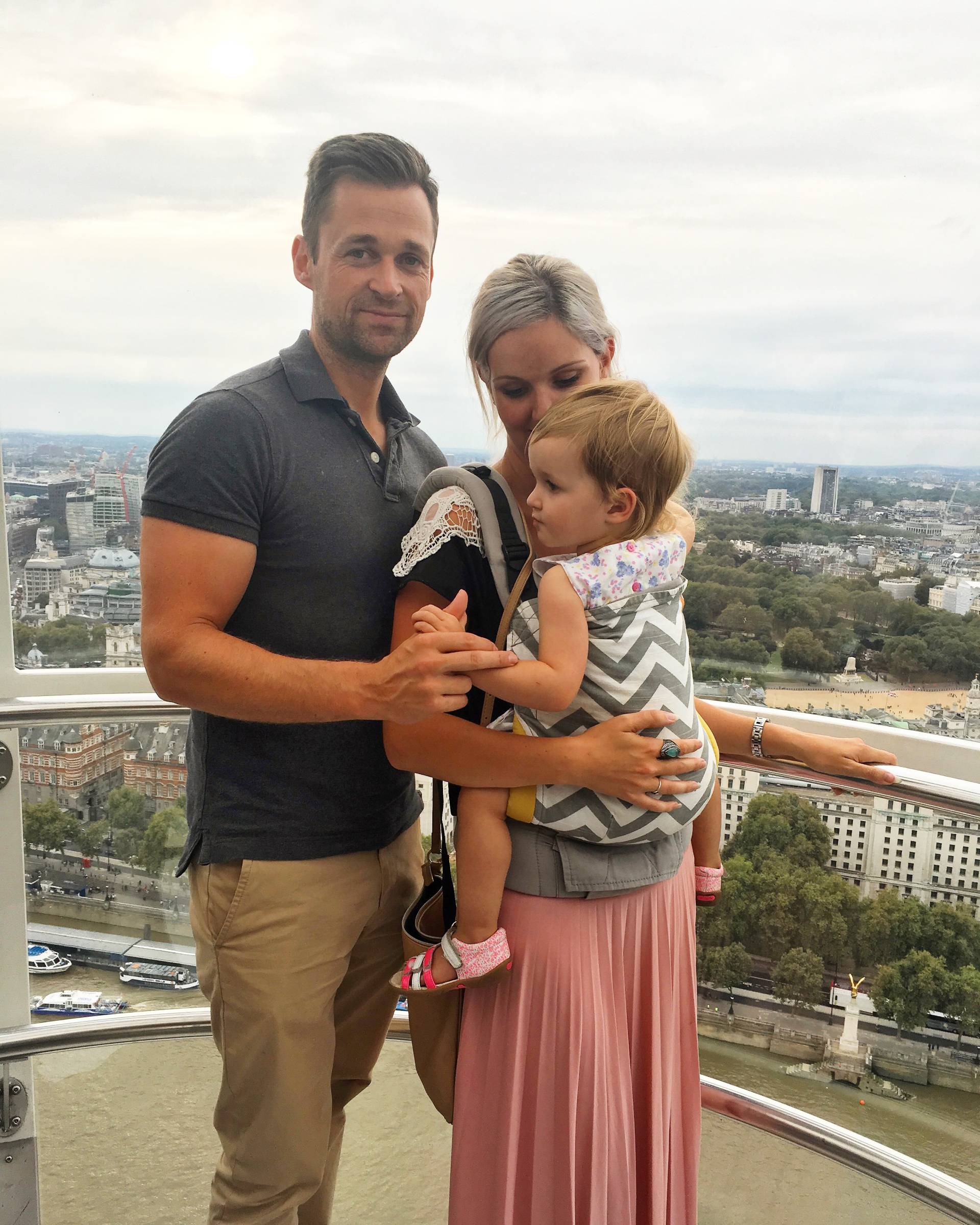 The London Eye is in such a great location to experience the South Bank so before heading home we popped to McDonalds then watched some of the entertainment and soaked up the atmosphere. I was the only one who found the cat in the box extremely creepy (you can see it in the video) but the boys loved it all and Ava especially liked the bubbles. It was a gorgeous evening with a beautiful sunset as we walked back across the bridge to get the tube to St Pancreas. The perfect end to our lovely day out with some now very tired, but happy children. 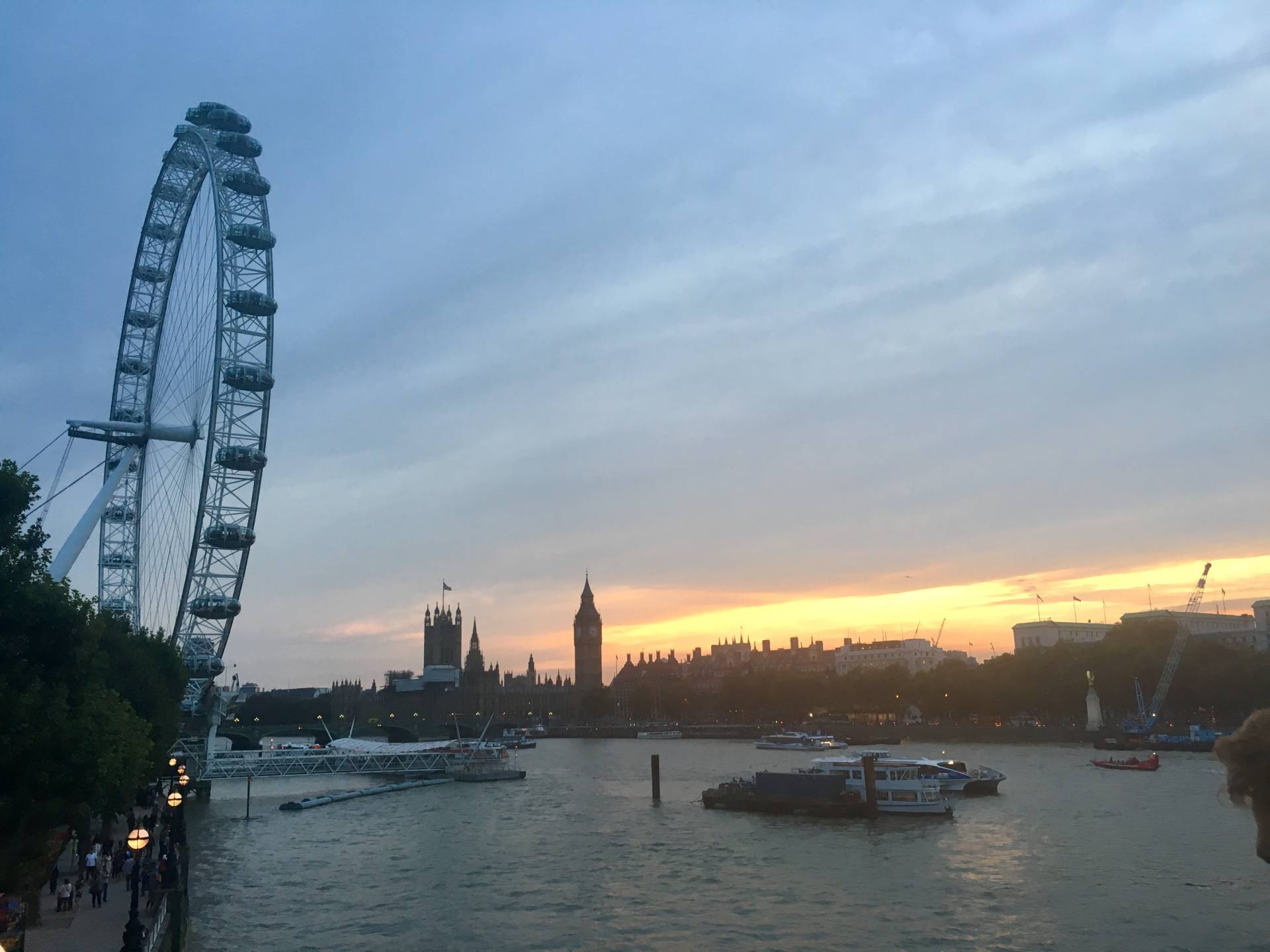 365 tickets have so many destinations, attractions and deals available on their site, making it easy and more affordable to plan your ideal day out. The website is easy to use with the tickets broken down into destinations, categories and trending attraction. When looking I found attractions that I didn’t know about that are now on our wish visit list.

365 Tickets have also created this handy Infographic to help you on a family day out in London.

Disclosure: We went on our exciting family day out in London with 365 Tickets for the purpose of this Kidzania review. All thoughts, opinions and excited children are my own.

In the Fairy Dell with Rockin’ Baby

Travelling with children? Read these tips

4 Long-Term Travel Tips to Keep You…

PREVIOUS POST
"Have you tried Office Yoga?"
NEXT POST
"A day out at the Forest with #MamiaDaysOut challenge"

15 responses to “A family day trip to London – Kidzania review”